The unique taste of Vimto was invented in 1908 by John Noel Nichols. With a recipe that is still a closely-guarded secret, the soft drink is enjoy in more than 85 countries worldwide. Fluid was tasked with finding a ‘cheeky’ way to encourage more consumers to seek out its distinctive flavour at the same time as rewarding them for their efforts.

What we know to be true, from industry insights, is that cash is still king! Now, more so than in recent years, consumers are turning to cash prize competitions to help with the increasing burden of the cost of living. Research also tells us that small to medium prizes motivate them to enter competitions far more than bigger prizes, which often feel ‘unattainable’.

Our Big Cash Giveaway addressed this behaviour by offering consumers the chance to win a share of £100,000. An instant win promotion whereby winners would receive a £10 cash prize, paid via PayPal or directly into their bank account. The easy-to-enter promotion delivered a clear and exciting message that was designed to appeal to shoppers and trigger retailers to take part.

For the trade, we created a retailer exclusive to generate excitement and encourage the correct placement of the campaign POS. We also ran ‘Take a Shelfie’ – a chance for customers to WIN £250 for their store by taking photos of the POS in situ to upload to a promotional microsite for entry into a Prize Draw.

The experiential campaign was centred on Win a Grand with Vimto Love Potion. Ten prize-winning bottles were hidden in stores across the nation, each one seeded over the course of 10 weeks. This was supported via social media where a series of clues were leading up to the event to encourage consumers to hunt for the bottles. 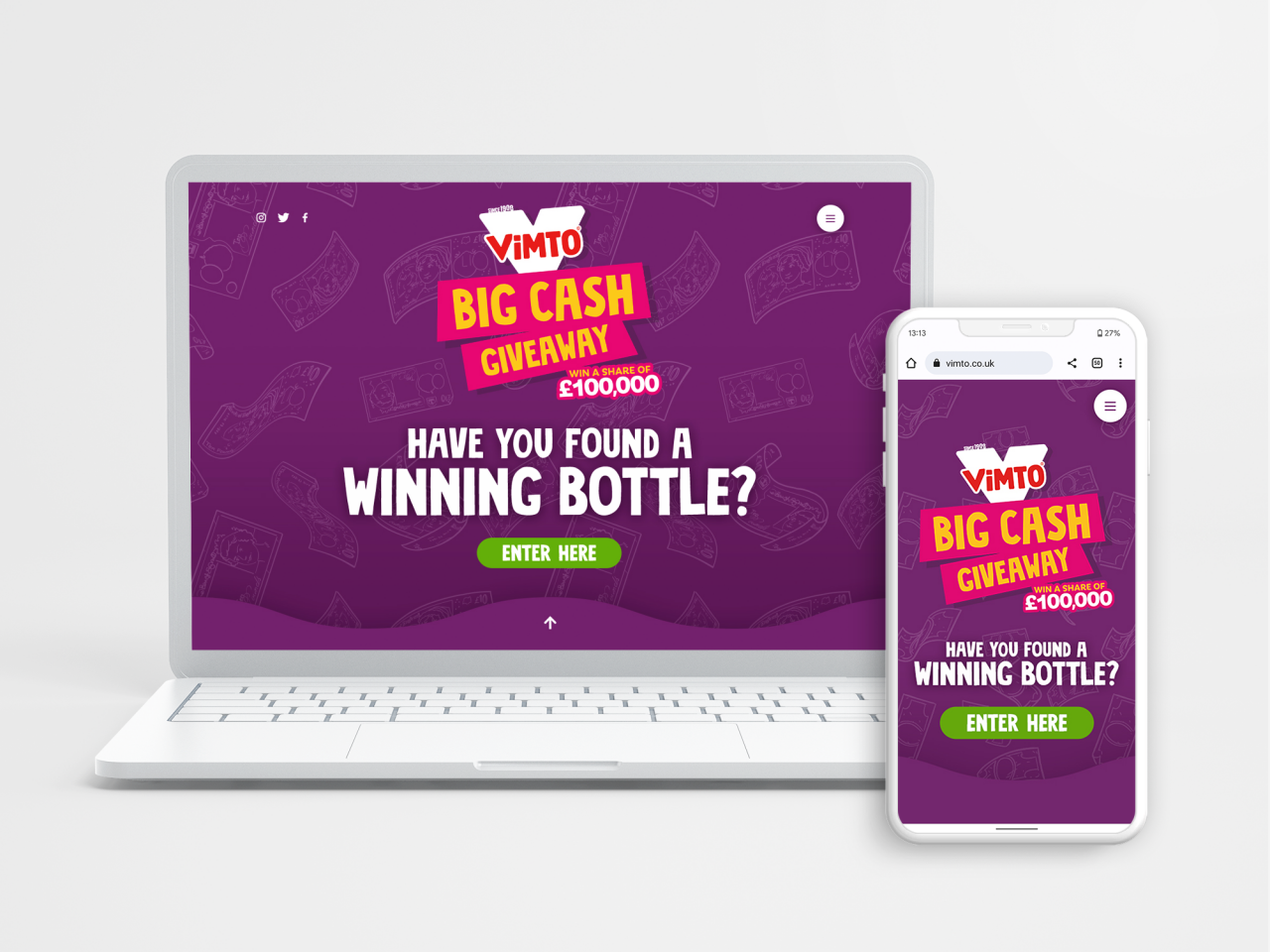 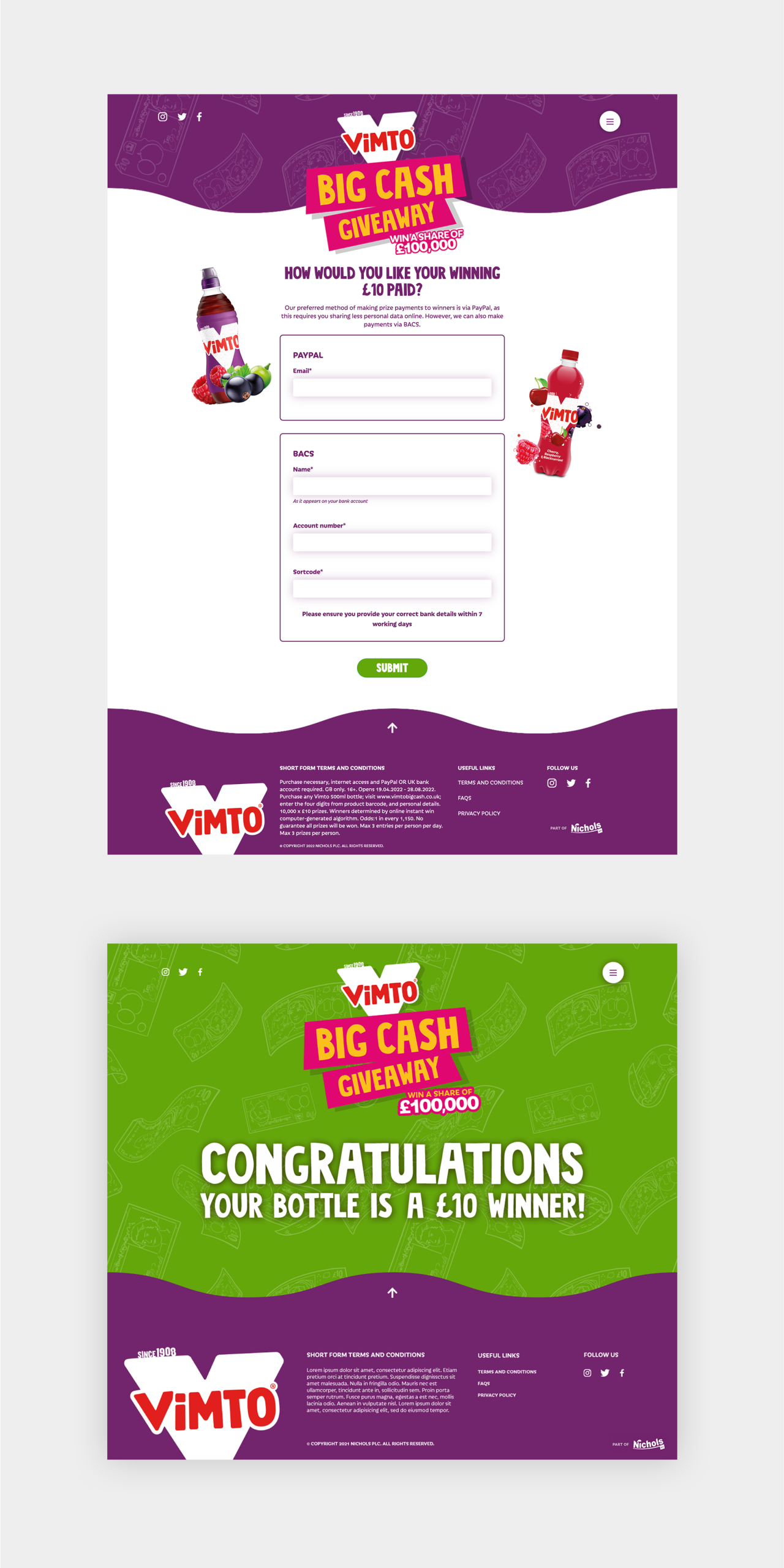 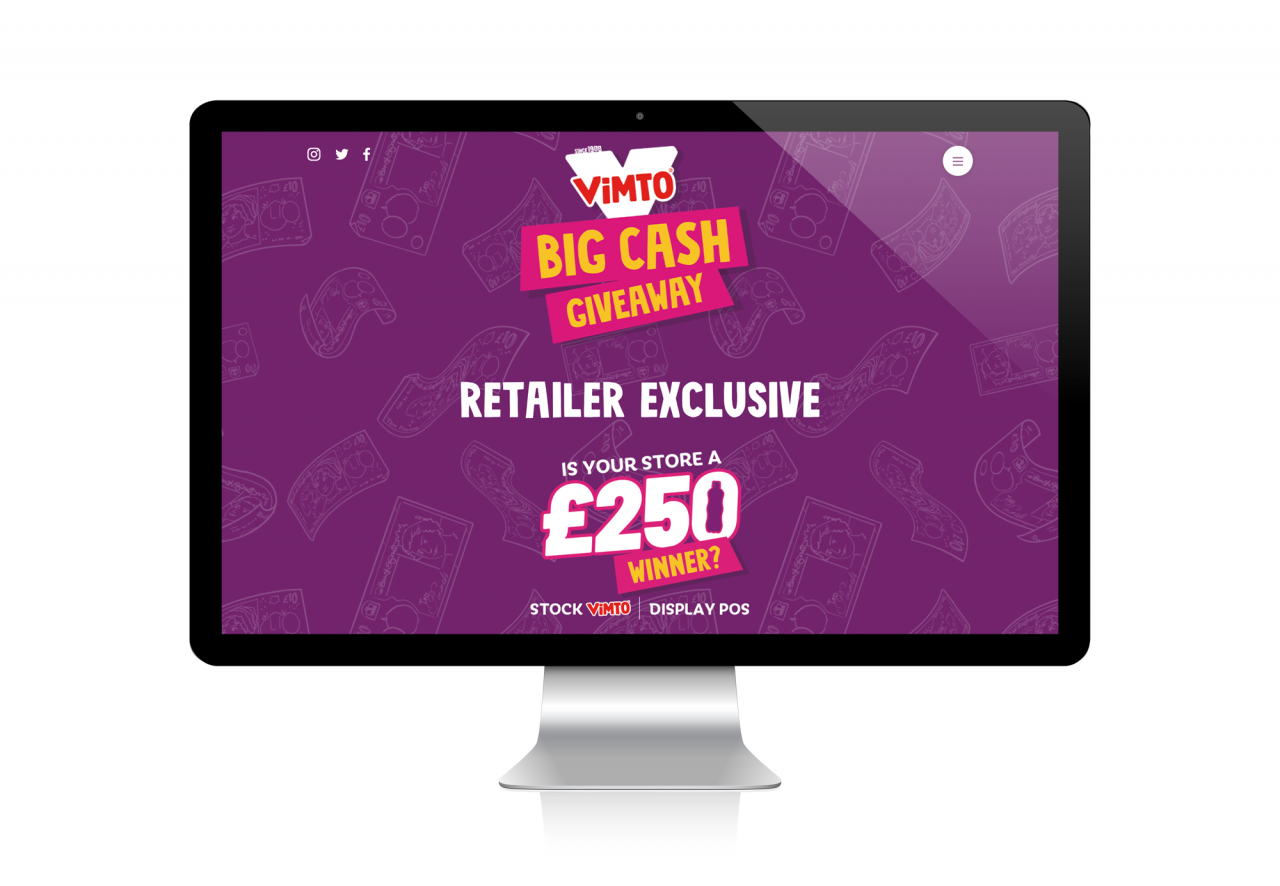 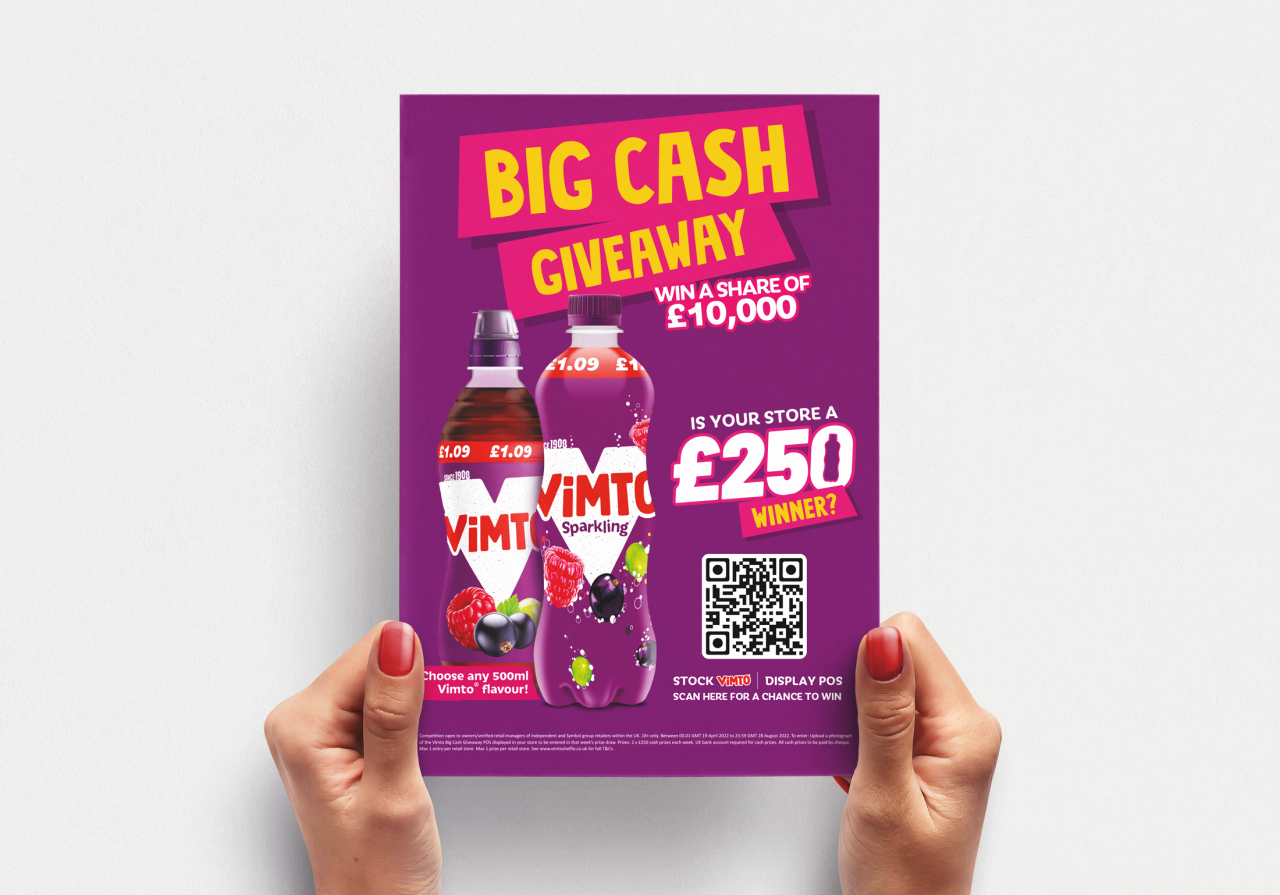 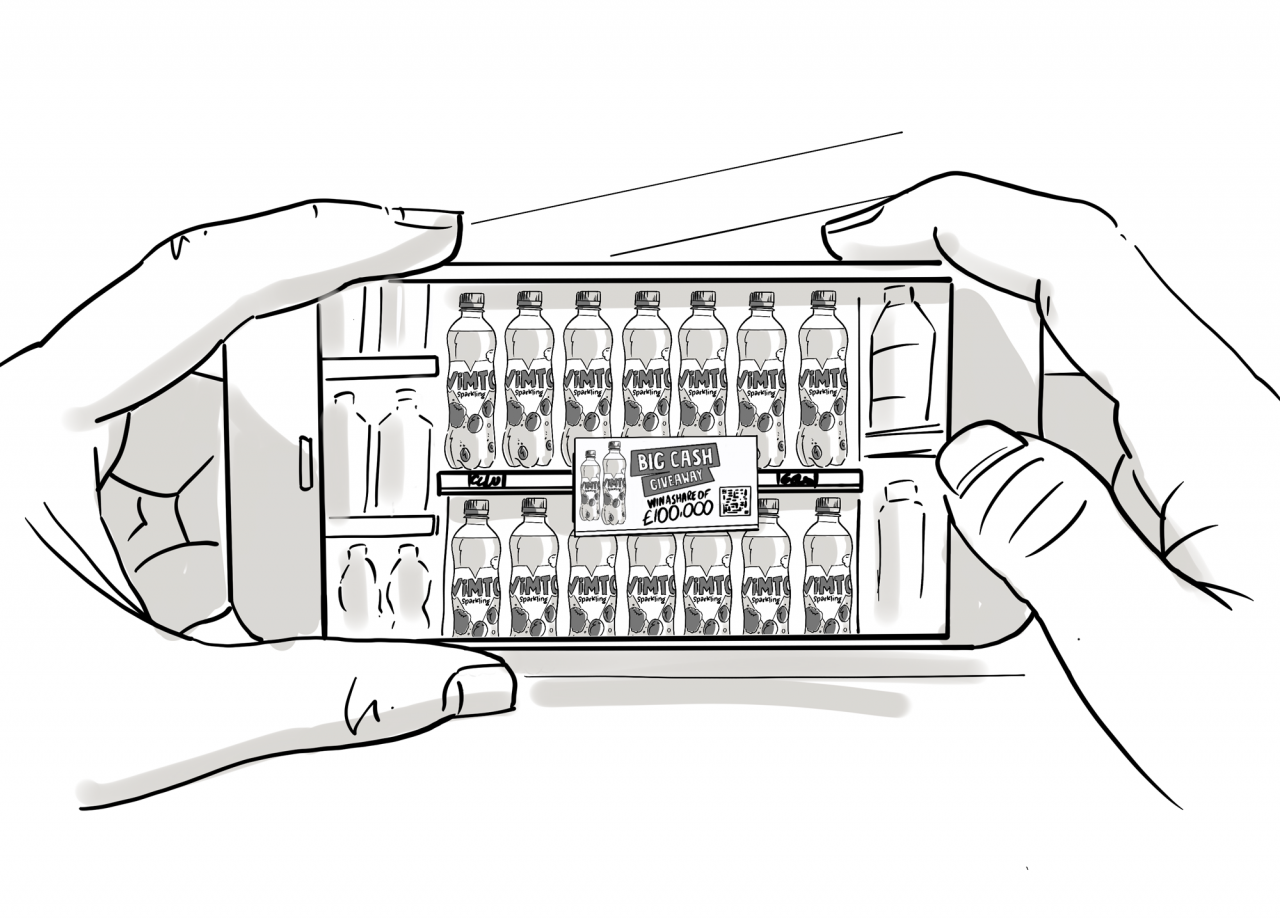