Chiquita wanted to reinforce their natural healthy credentials amongst families with children and increase sales of their fresh bananas across multiple markets including US, UAE and Europe by partnering with Warner Bros movie release of the much anticipated sequel to The Lego Movie, The Lego Movie 2.

We created an engaging promotional campaign by highlighting the Lego brand’s unique attribute ‘building’ whilst ‘having fun’, perfect for engaging families of all ages. Using exclusive imagery and characters from the Lego Movie 2 provided appeal to the core target consumer and gave retailers standout POS materials to excite shoppers in store.

We gave Chiquita’s famous blue banana stickers the Lego touch by creating twelve individual designs featuring the lovable characters from the movie, each with a unique code that provided shoppers with a chance to win if they entered Chiquita’s ‘Build & Win’ promotion online. The fun building theme continued on the promotional website with an engaging game as a means of entry.  Prizes included family holidays to Legoland, Lego brick sets, cinema tickets to see the movie and Lego character key chains.

With multiple markets taking part, this promotion saw team ATOM challenged with not only promotional law constraints in different markets but also local language translations across a range of POS materials, a promotional website and social media posts, as well as each market running at overlapping times due to cinema release dates.  Add to this overseeing liaising with the movie studio and local markets to provide final design approvals for all campaign communications.

A bright and fun campaign that appealed to families, in perfect alignment with the Chiquita brand that helped reinforce Chiquita’s natural and healthy positioning with their target audience. The campaign also won a silver award for Partnerships & Collaborations in the 2019 Clio Awards. 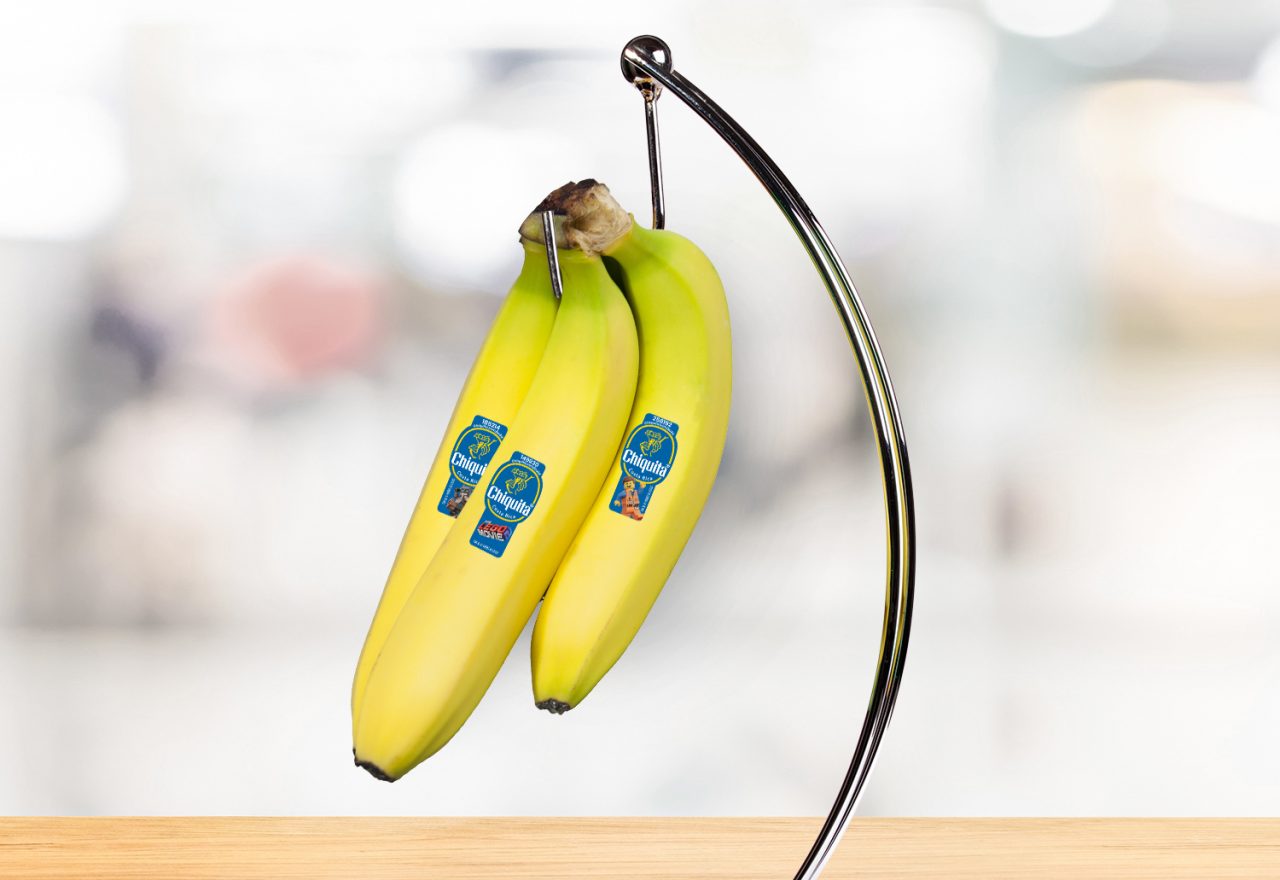 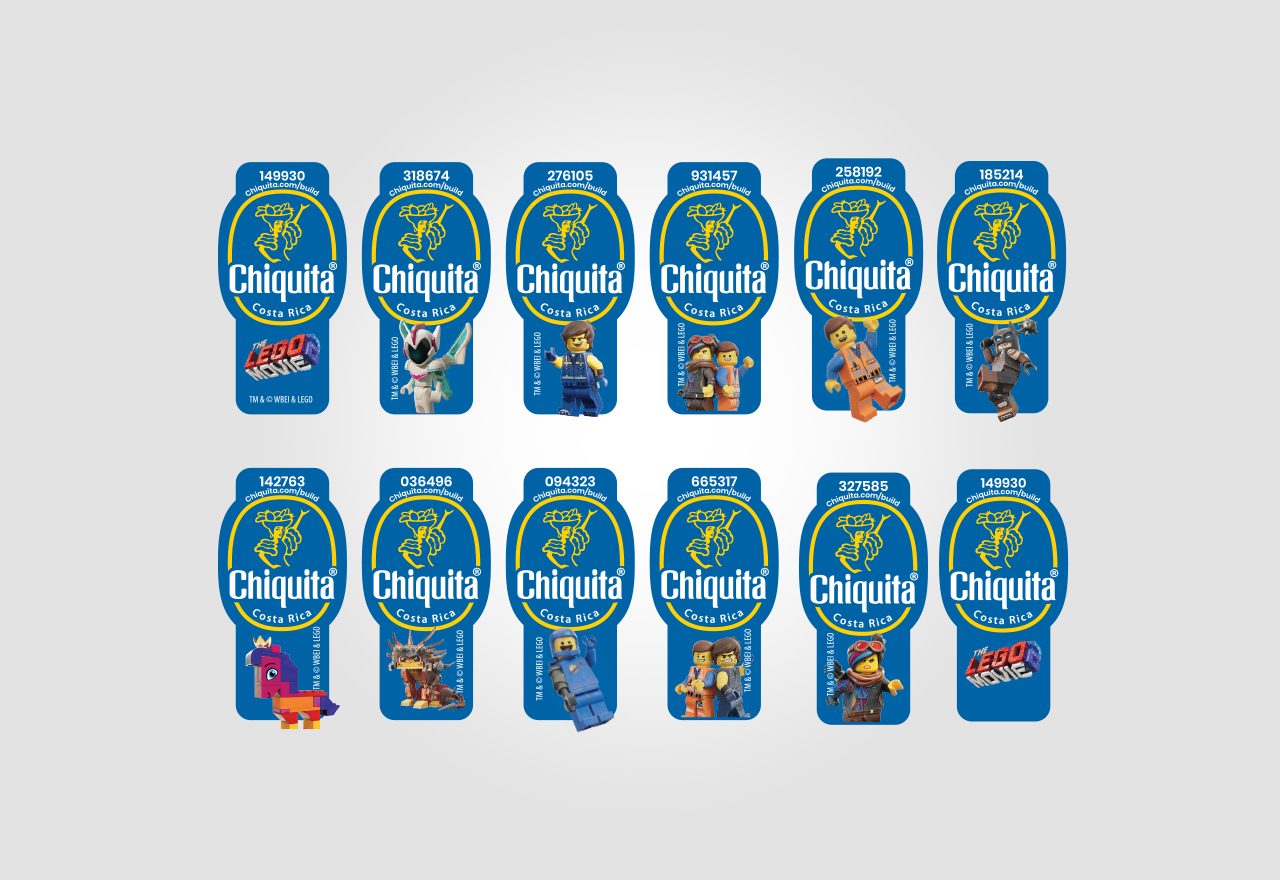 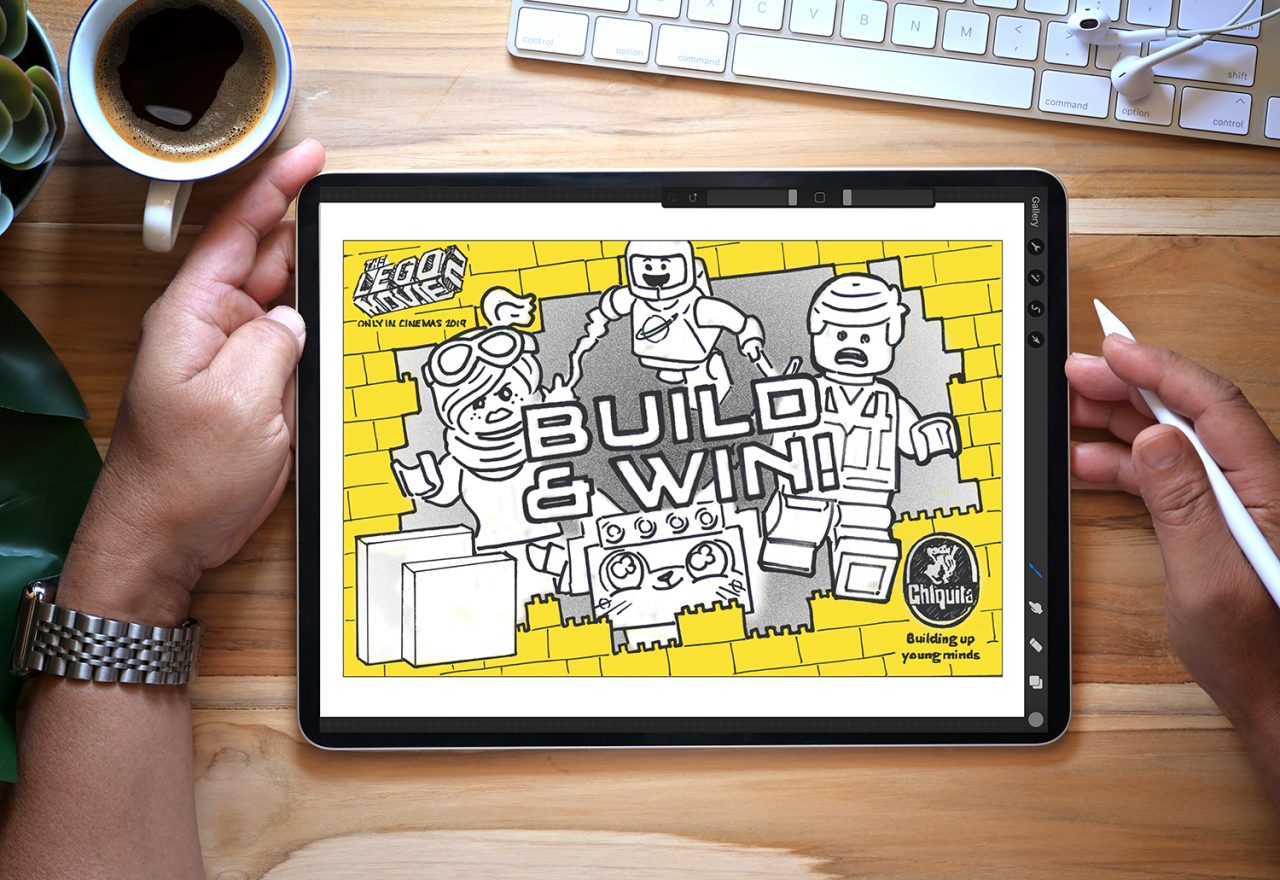 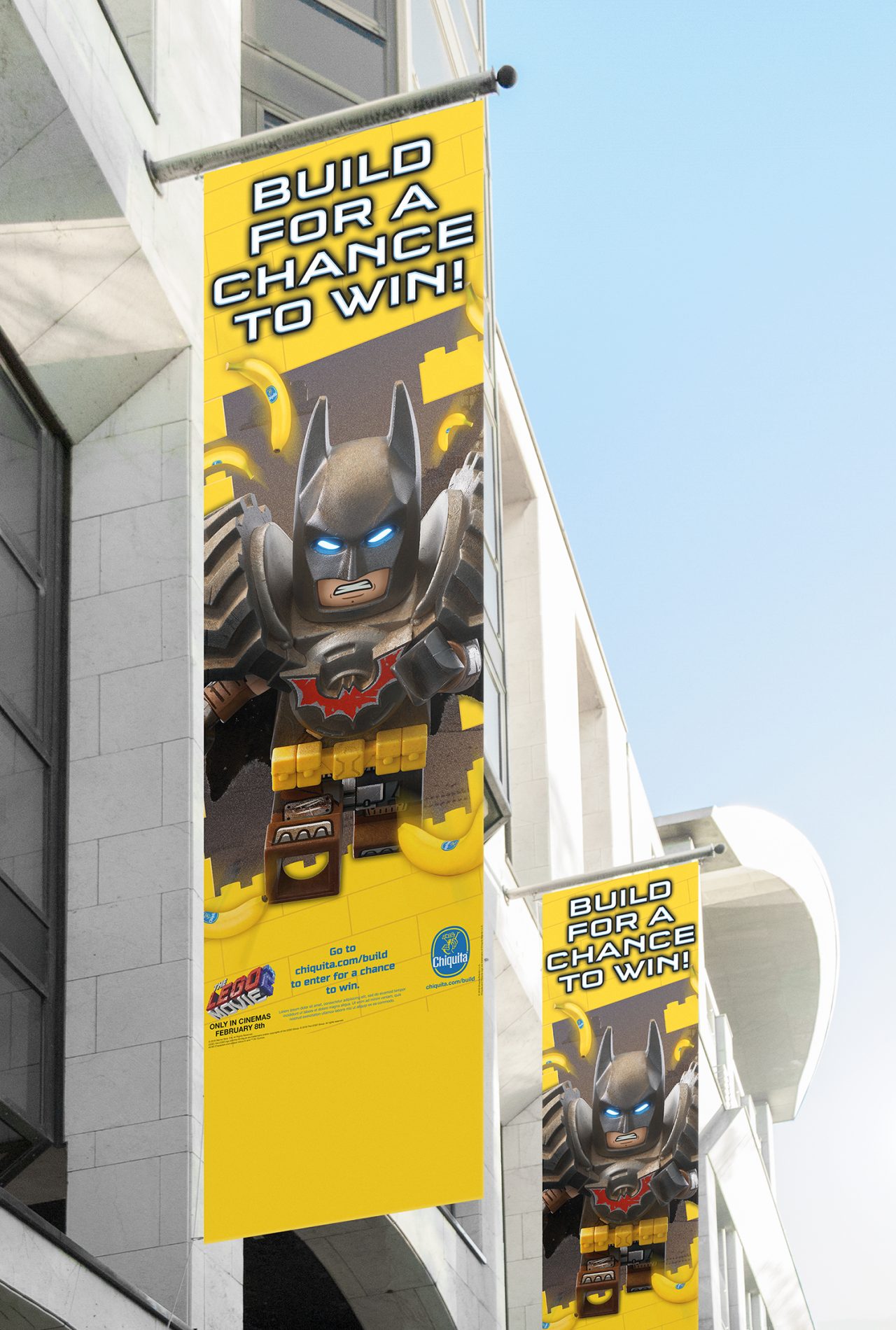 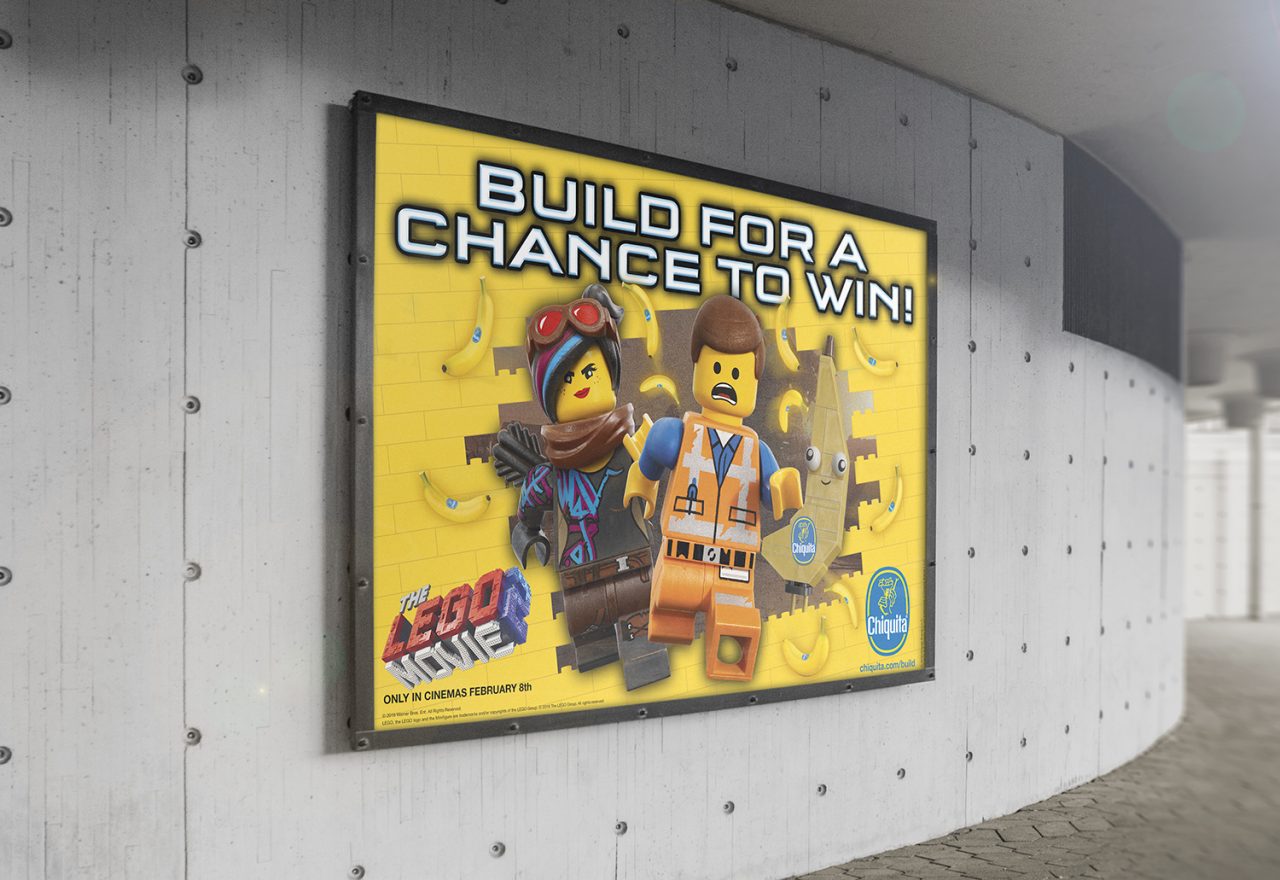 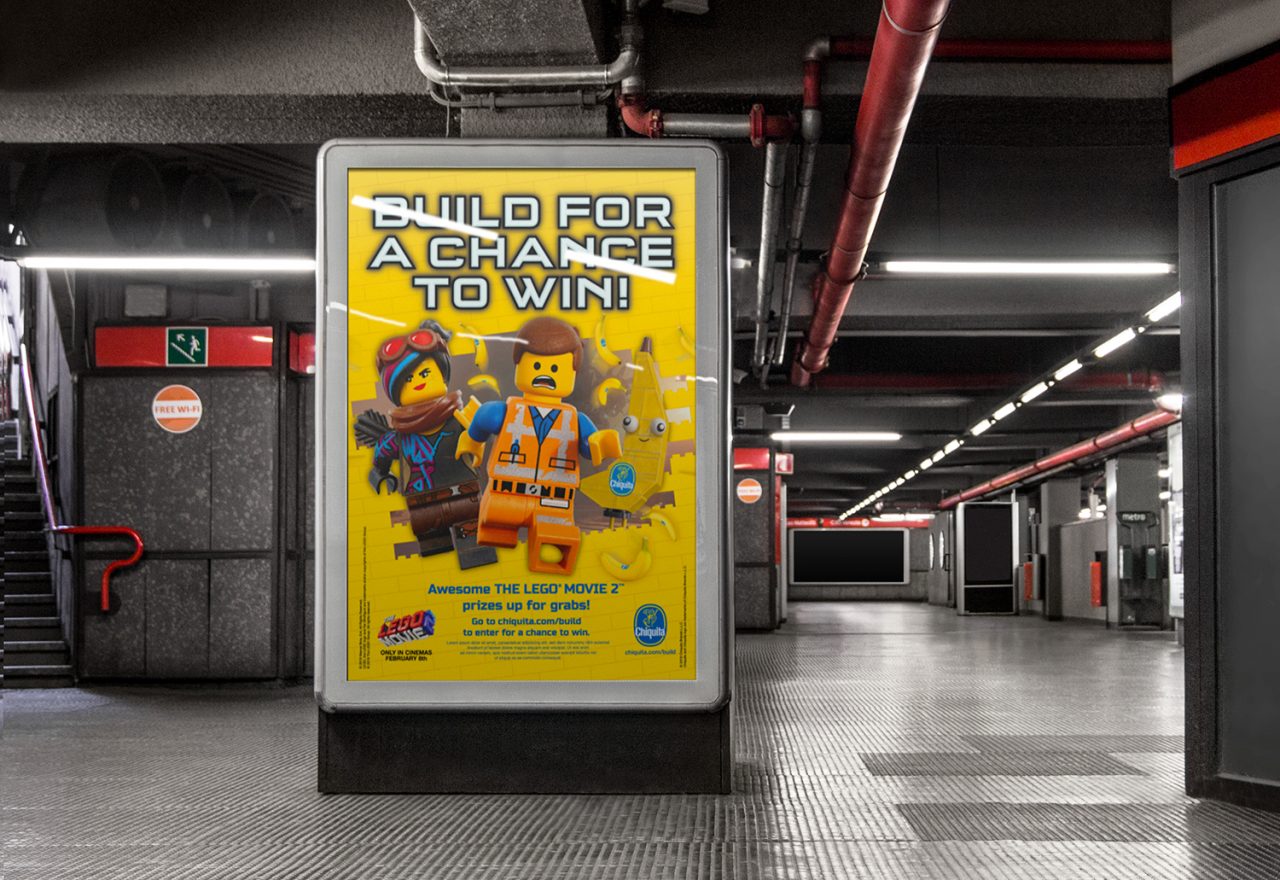 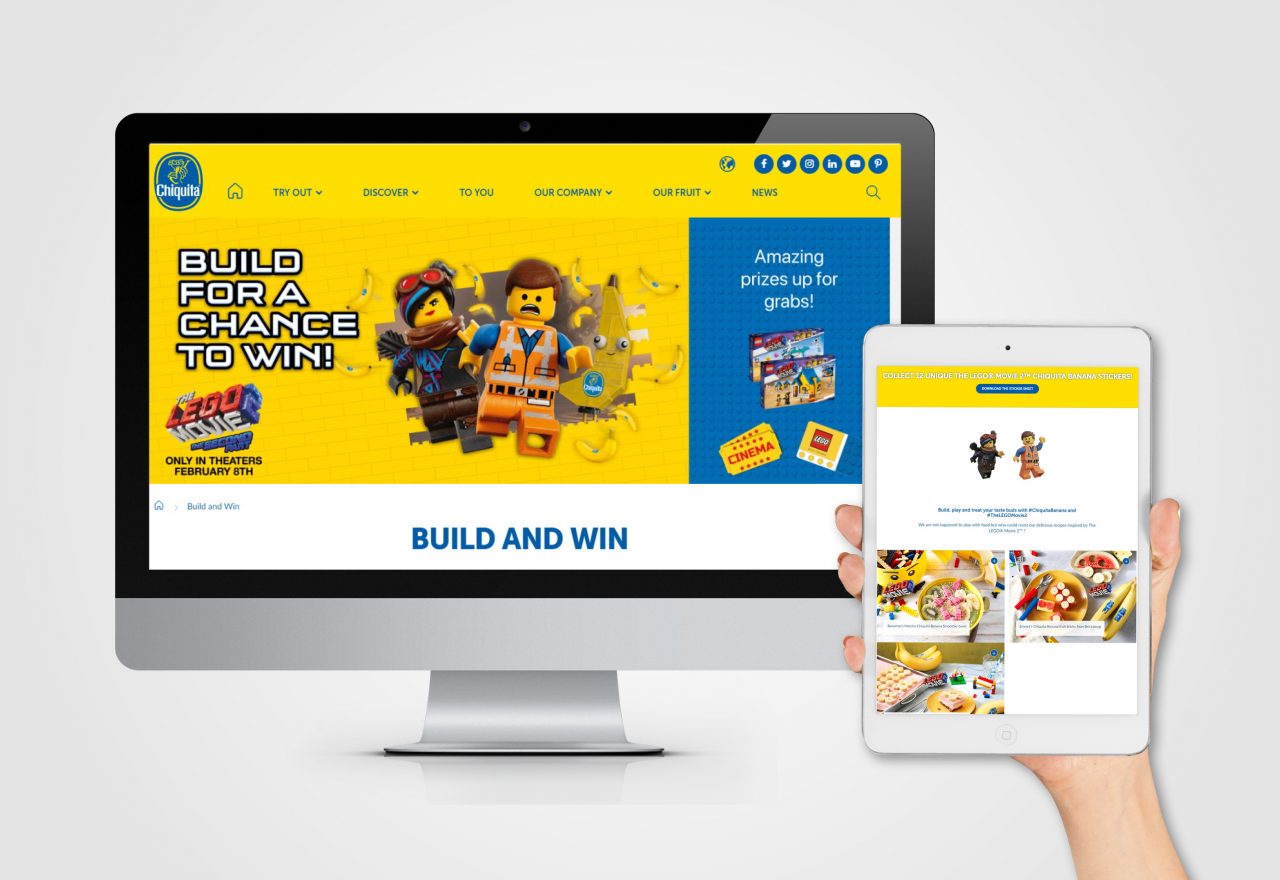 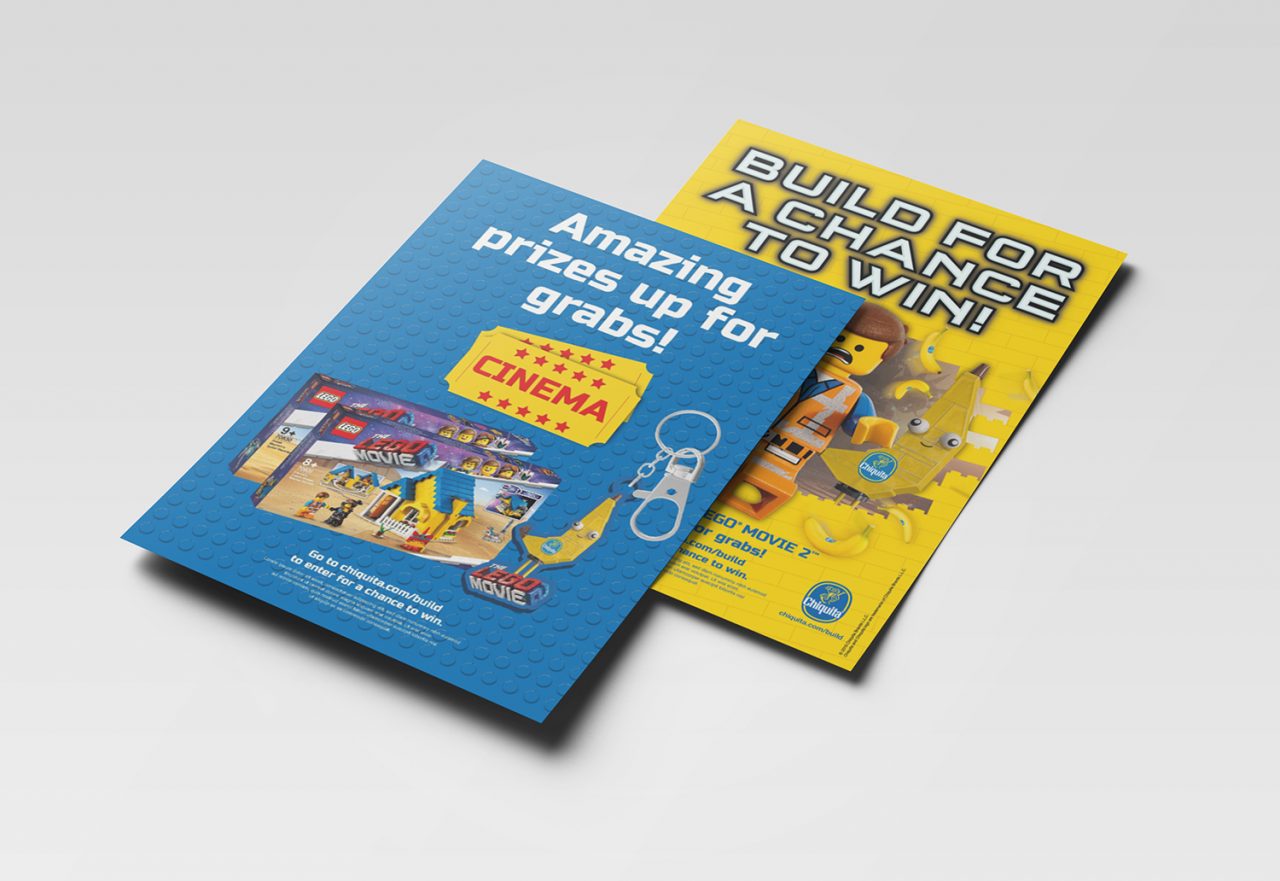 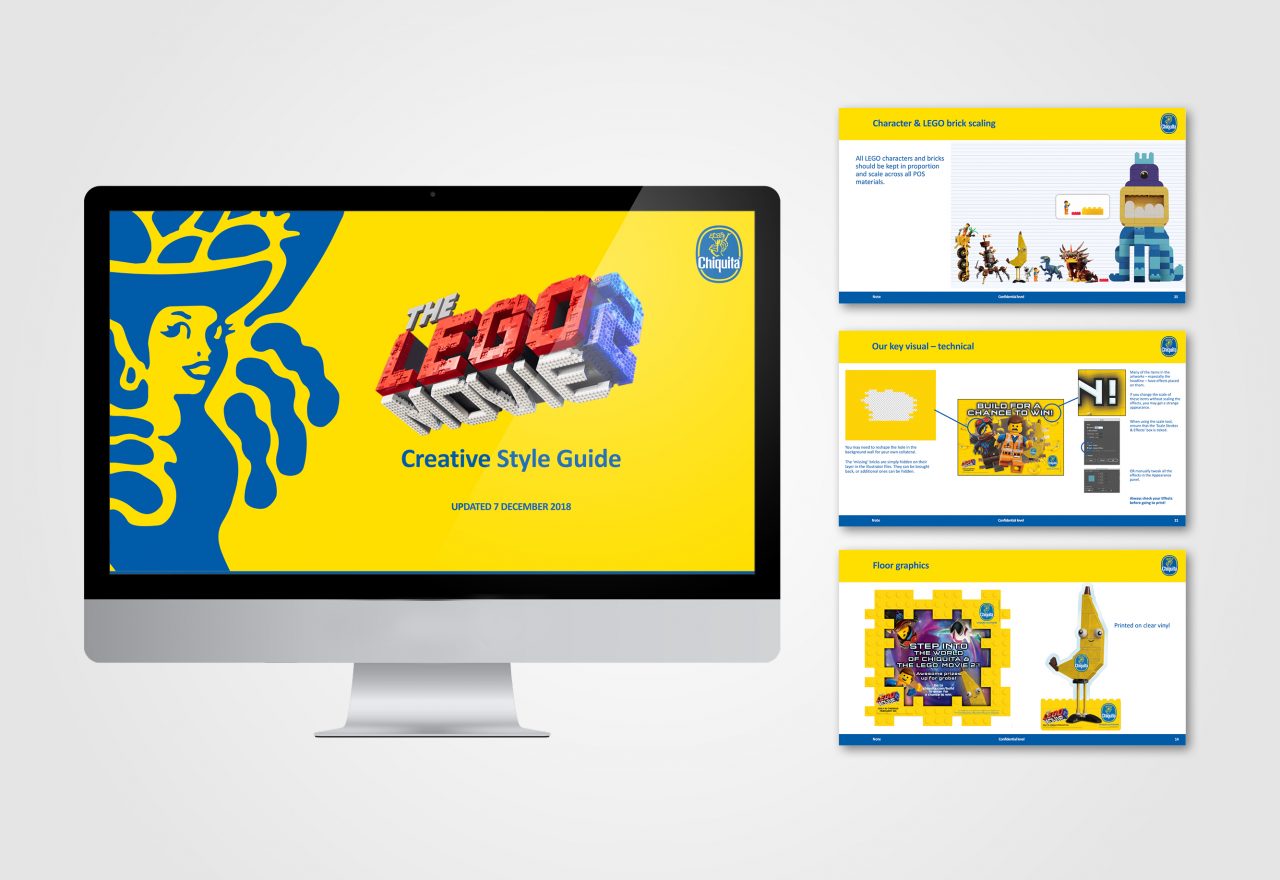 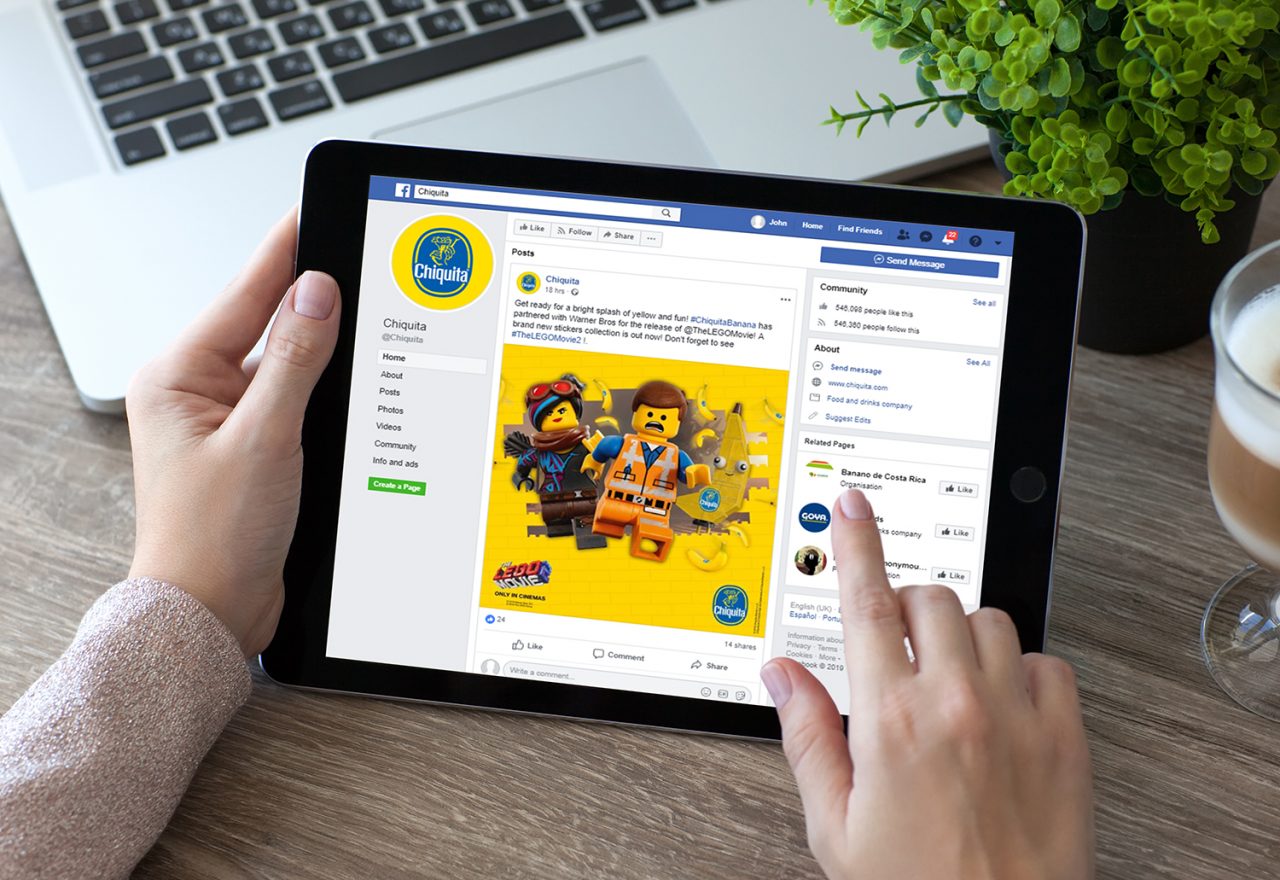 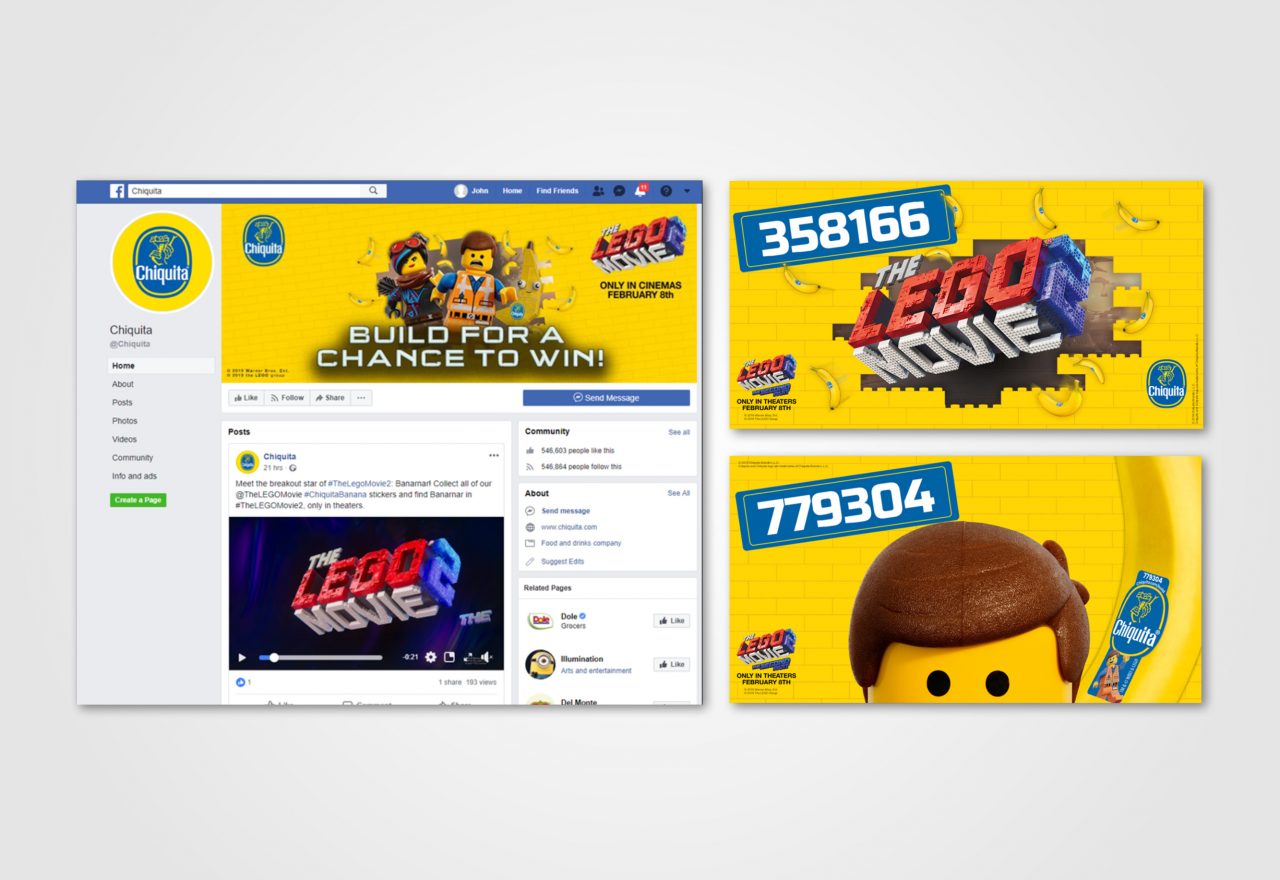